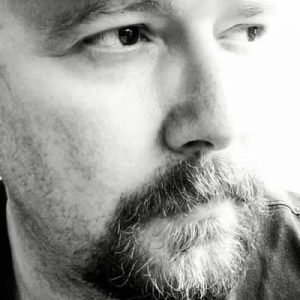 Former English Department Writer in Residence John McNally will return to Wake Forest University on November 16 to give a reading as part of the Dillon Johnston Writers Reading Series. The reading will take place at 6 p.m. in the Charlotte and Philip Hanes Art Gallery within Scales Fine Arts Center. McNally will read from his upcoming memoir, The Boy Who Really, Really Wanted to Have Sex: The Memoir of a Fat Kid, which will be released by Elephant Rock Books this December.

In addition to his new memoir, McNally is the author of three novels: After the Workshop, America’s Report Card, and The Book of Ralph; one YA novel, Lord of the Ralphs; and two story collections, Troublemakers (winner of the John Simmons Short Fiction Award and the Nebraska Book Award) and Ghosts of Chicago (a Chicagoland Indie Bestseller and voted one of the top twenty fiction books of 2008 by readers of The Believer). He has also written two books for writers: The Creative Writer’s Survival Guide: Advice from an Unrepentant Novelist and Vivid and Continuous: Essays and Exercises for Writing Fiction. John’s work has appeared in over a hundred publications, including The Washington Post, The Sun, and Virginia Quarterly Review. A native of Chicago’s southwest suburb Burbank, John divides his time between Lafayette, Louisiana, where he is Writer in Residence at the University of Louisiana at Lafayette, and Winston-Salem, North Carolina.

Visit Wake Forest’s event calendar for event details and to add this to your calendar. 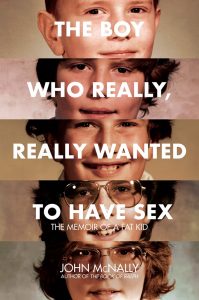 About The Boy Who Really, Really Wanted to Have Sex: The Memoir of a Fat Kid

Like Dickens’s David Copperfield, he hopes to be the hero of his own story, but unlike David Copperfield, he is a fat boy who breaks kids’ noses in karate and has fantasies of living in a nudist camp with his kindergarten teacher. He saves his family at age four but unwittingly commits a felony at age eight. From an explosive night living in an Illinois trailer park to tumultuous father-son bonding at the flea market, McNally gives the skinny on life being fat. Hilarious and poignant, McNally shows readers that, in the end, remembering one’s bitter past can, in fact, be sweet.