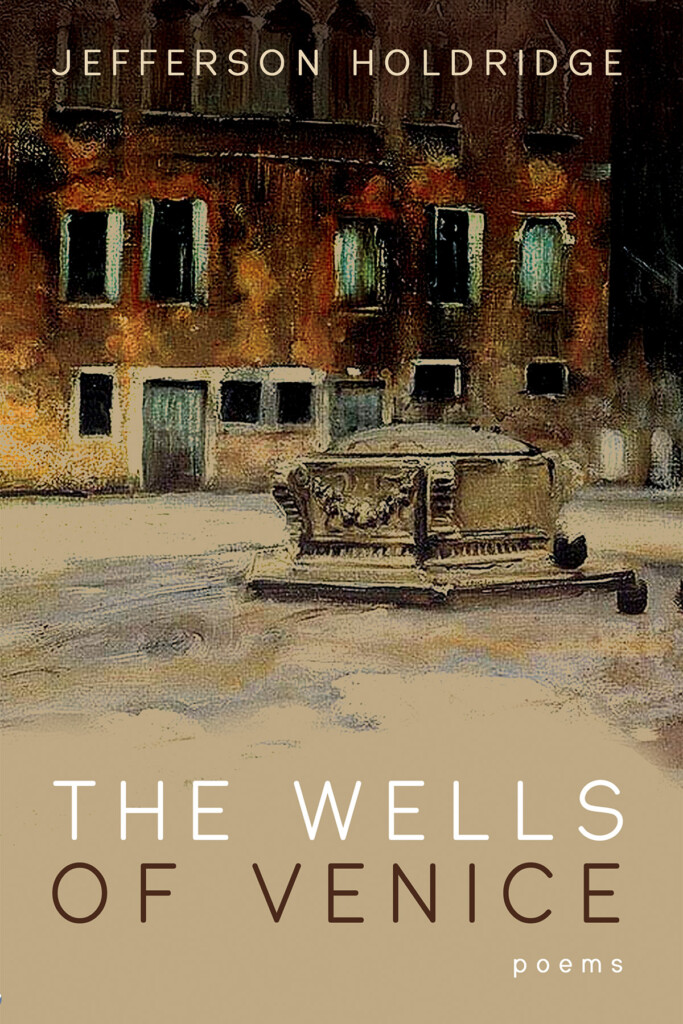 Literature professor Jefferson Holdridge has published a new collection of poetry, The Wells of Venice (Resource Publications, an imprint of Wipf and Stock, November 2020). It is his fourth published volume of poetry, following Eruptions (2013) and Devil’s Den and Other Poems (2015), and The Sound Thereof (2017).

More information about the book and how to order it can be found here.

The Wells of Venice contains sequences, blank verse, and lyrics that meditate upon visual and literary Venetian art, as well as the myths, history, religion, and politics that shaped the culture of this extraordinary human achievement. Founded on fear of invasion and hope for refuge, Venice becomes a warning symbol of imperial arrogance and ambition. The waters of the lagoon and the fragility of the city mirror the relevance of the ephemeral in themes such as departure from and return to home. On the one hand, the vanishings that take place are interior and exterior, literal and figurative, with the differences between often blurred, while on the other, the religious art of this city remains a transcendent expression of its history, one that at its best always remembers Unde Origo Inde Salus, “Salvation is in the Origin.”