Gabriel Blackwell to give reading on Apr. 11 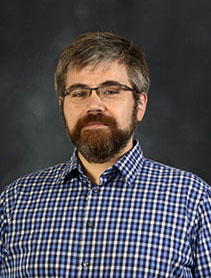 Gabriel Blackwell is the author of four books, the most recent of which is Madeleine E., a commonplace book that arranges passages from critics considering Alfred Hitchcock’s Vertigo, along with fragments of memoir and fiction.  The Fanzine has called the book “creative criticism of the highest order,” while 3 A.M. hailed it as “a genuinely mind-bending and dryly hilarious hall of mirrors that combines metafiction with criticism, film theory, and philosophy.”  The book was named as one of the year’s best by The Believer, Vice, and Vol. 1 Brooklyn.  Blackwell’s shorter fictions and essays have appeared in many issues of Conjunctions, in Tin House, DIAGRAM, Post Road, the Kenyon Review, and elsewhere.  He is the editor of The Collagist, and he teaches creative writing at the University of West Florida.

The reading will take place on April 11th at 6:30pm in the Hanes Art Gallery.