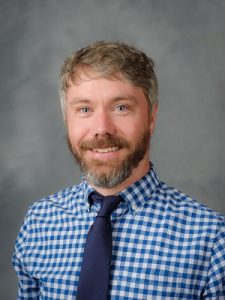 Congratulations to Professor Fiander for winning Zone 3 Press’s 2019 Award for Literary Fiction. His award-winning story, “Five Variations on Parnell’s Blues,” was published by Zone 3 in their Fall 2019 issue.

Zone 3 is a nationally distributed, non-profit literary journal published twice a year by the APSU Center of Excellence for the Creative Arts Zone and dedicated to publishing and promoting the work of emerging writers. Founded in 1986 by APSU professors David Till and Malcolm Glass, Zone 3 was originally named for the climate zone that covered APSU’s region. ZONE 3 seeks to be a ground where the blossoms tangle, where poems from the center and the far-flung circle “grip down and begin to awaken.”