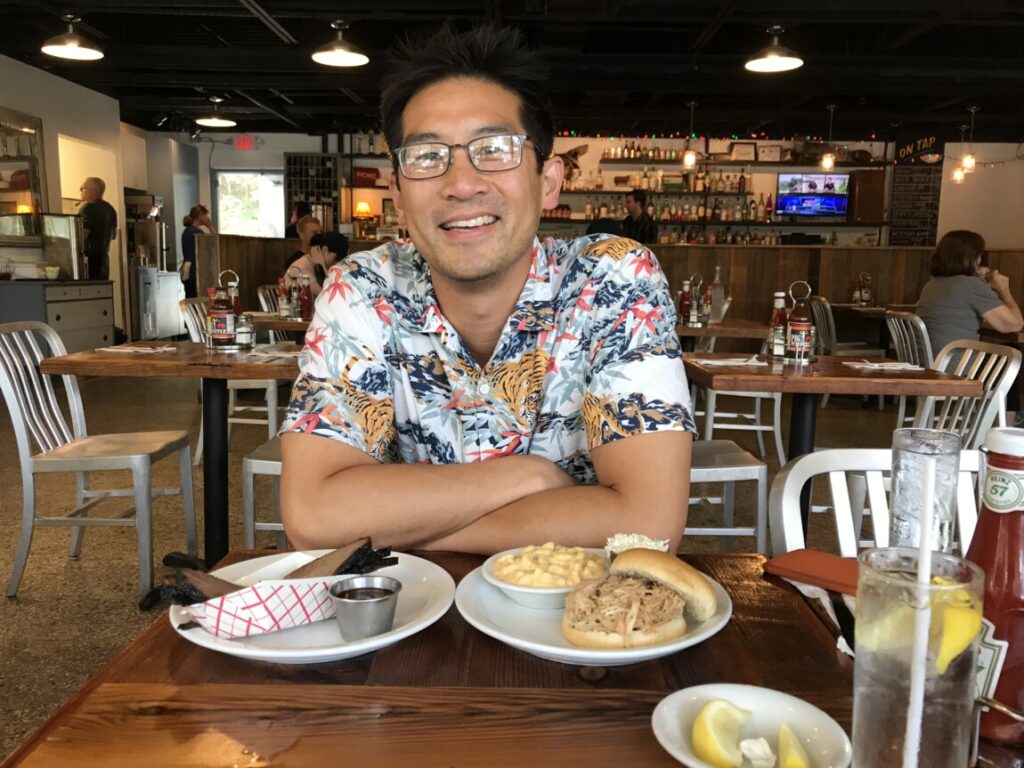 Derek Lee is an Assistant Professor of English focusing on twentieth and twenty-first century fiction. Before getting his PhD, he worked in science and science communications, including stints at Dartmouth Medical School, the Nature Publishing Group, and USAID. His lifelong interest in science—especially scientific anomalies—still informs his research, where he focuses on science and technology studies, Western and non-Western epistemology, and multiethnic fiction. His current book project, Parascientific Revolutions, explores the paranormal mind across twentieth-century literature and science. His essays have appeared in ARIEL, Configurations, Critique, Journal of Literature & Science, Journal of Modern Literature, and MELUS among other venues. He teaches courses on ghosts, science fiction, Asian American literature, comics, and narrative medicine.

Derek enjoys spending time outdoors with his wife and twin daughters. In addition to hiking, biking, and camping with his family, he plays basketball and Ultimate frisbee whenever he can. Some of his other favorite things include pizza, ramen, used bookstores, Nicholas Cage movies, Hawaiian shirts, and coffee with lots of cream and sugar, although he is also known for having questionable taste.