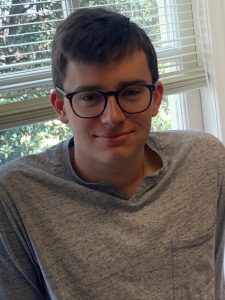 Highlights of your time at Wake: Studying abroad in London. Study abroad opportunities were one of the prime reasons I chose Wake, and my trip staying at the Worrell House did not disappoint. Making friends among the people with whom I lived, traveling up to Scotland on break, and feeling my way along the Leicester Square roads to the many bookstores were my favourite parts of a wonderful experience.

Post-grad plans: Law school. Afterwards I plan to either become a president, a senator, a Supreme Court justice, a best-selling novelist, a stand up philosopher, or maybe a hermit.

Why you majored in English: I wanted to major in English ever since freshman year of high school. I read The Scarlet Letter for class that year, and I hated it so much that I decided that there simply had to be better novels than it out there somewhere. I began reading more serious novels as a result, and pretty soon I knew that I had to become an English major once I got to college. I reread The Scarlet Letter later. It was much better the second time.