Irish poet Paul Muldoon to give a reading at Wake Forest

This event is free and open to the public. It is not ticketed and will be seated on a first-come, first-served basis. The Porter Byrum Welcome Center (#53 on the campus map) is located on the right as you enter campus from Reynolda Road. Visitors may park at the Welcome Center (Lots S1/S2), Lot S at the bottom of the hill, or any of the visitor parking lots on campus. You can view campus maps, including parking maps, here: about.wfu.edu/visiting/maps/. 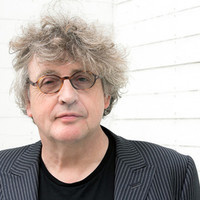 Born in 1951 in Portadown, Co. Armagh, Northern Ireland, to Patrick Muldoon, a farm labourer and market gardener, and Brigid Regan, a schoolteacher, Paul Muldoon was brought up near a village called The Moy on the border of Counties Armagh and Tyrone. He is the oldest of three children. After studying at Queen’s University, Belfast, he published his first book, New Weather (Faber) in 1973, at the age of 21. From 1973 he worked as a producer for the BBC in Belfast until, in the mid-1980’s, he gave up his job to become a freelance writer and moved to the United States with his second wife, the American novelist Jean Hanff Korelitz. He now lives in New York City and Sharon Springs, New York. He is the father of two children.

Muldoon served as Professor of Poetry at Oxford University from 1999 to 2004 and as poetry editor of The New Yorker from 2007 to 2017. He has taught at Princeton University since 1987 and currently occupies the Howard G.B. Clark ’21 chair in the Humanities.

In addition to being much in demand as a reader and lecturer, he occasionally appears with a spoken word music group, Rogue Oliphant. With his wife, American novelist Jean Hanff Korelitz, he adapted James Joyce’s “The Dead” as an immersive, site-specific play, “The Dead, 1904,” which was produced by the Irish Repertory Theatre and Dot Dot Productions, LLC, for seven-week runs in 2016 and 2017.

Paul Muldoon has been described by The Times Literary Supplement as “the most significant English-language poet born since the second World War.” Roger Rosenblatt, writing in The New York Times Book Review, described Paul Muldoon as “one of the great poets of the past hundred years, who can be everything in his poems – word-playful, lyrical, hilarious, melancholy. And angry. Only Yeats before him could write with such measured fury.”

The English department’s Dean Family Speaker Series, which is endowed by a gift from the Dean Family, brings nationally and internationally recognized scholars to campus. It encourages critical conversations and dialogue related to the study of English. All talks are open to the public, and everyone is invited to attend.