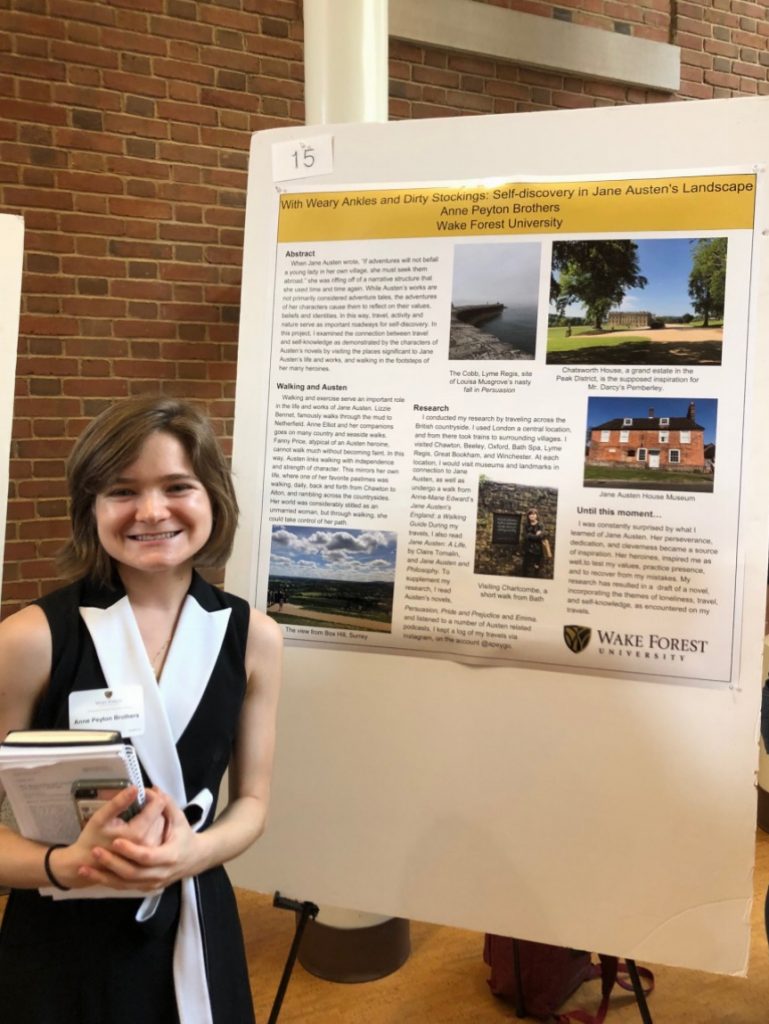 “In this project, I examined the connection between travel and self-knowledge by visiting the places significant to Jane Austen’s life and works, and walking in the footsteps of her many heroines.” 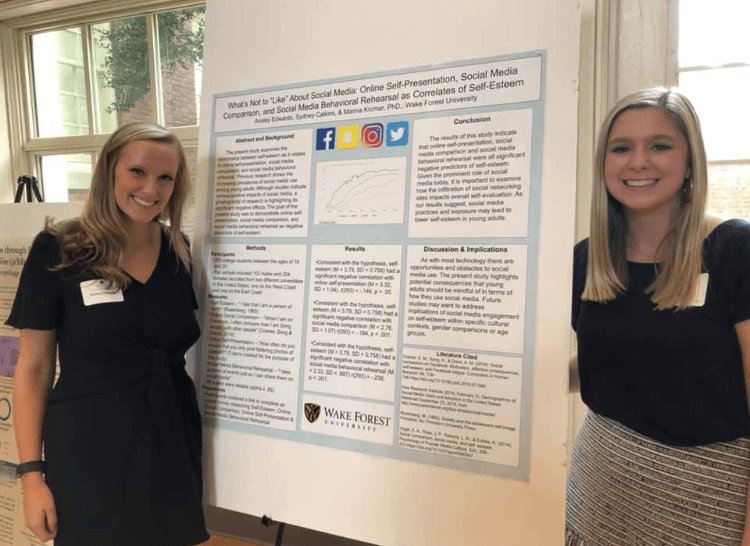 “The present study examines the relationship between self-esteem as it relates to online self-presentation, social media comparison, and social media behavior.” 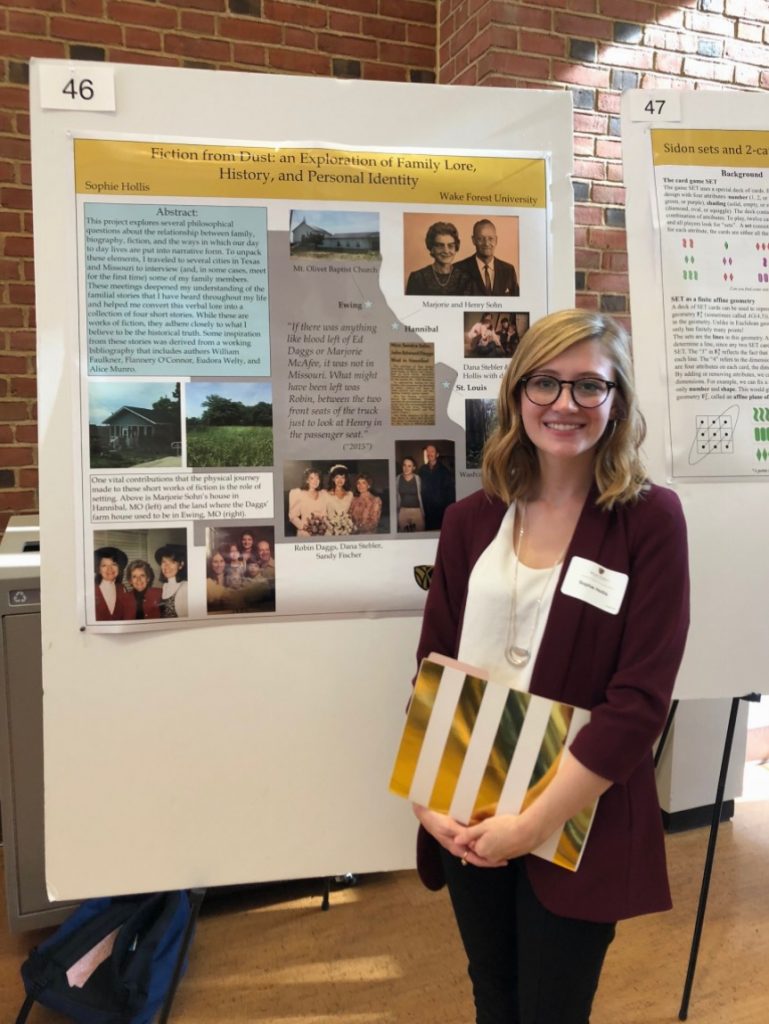 “Fiction from Dust: An Exploration of Family Lore, History, and Personal Identity”

“This project explores several philosophical questions about the relationship between family, biography, fiction, and the ways in which our day to day lives are put into narrative form. To unpack these elements, I traveled to several cities in Texas and Missouri  to interview (and, in some cases, meet for the first time) some of my family members. These meetings deepened my understanding of the familial stories that I have heard throughout my life and helped me convert this verbal lore into a collection of four short stories. 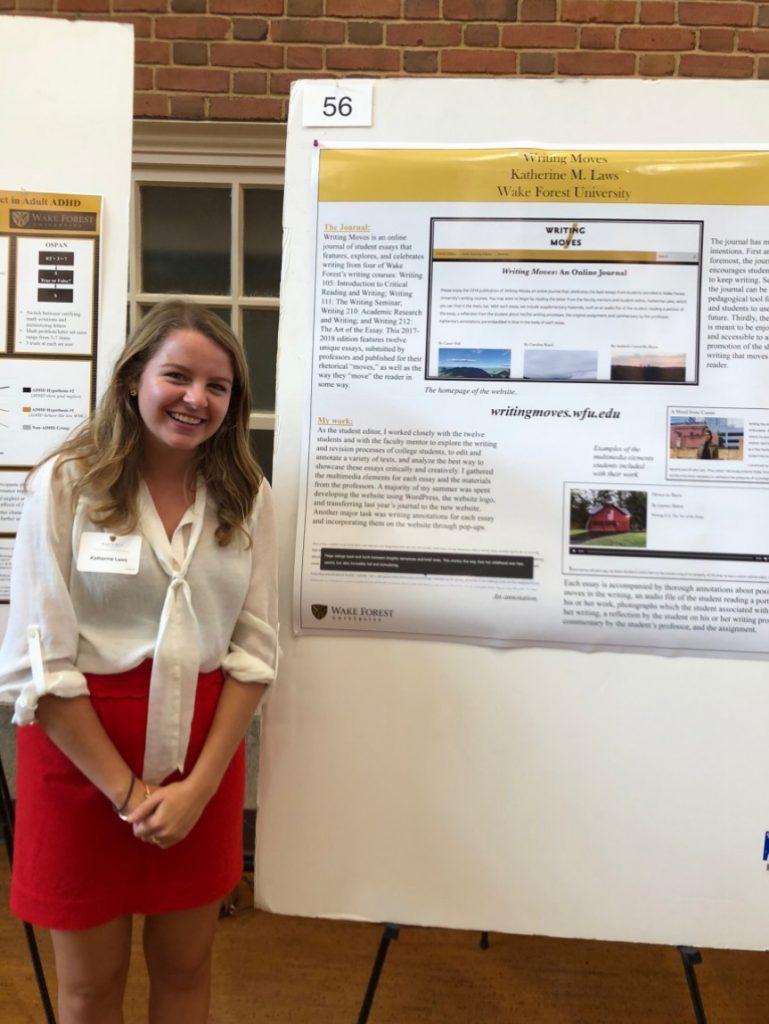 “As the student editor, I worked closely with the students and with the faculty mentor to explore the writing and revision processes of college students, to edit and annotate a variety of texts, and analyze the best way to showcase these essays critically and creatively. Writing Moves is an online journal of student essays that features, explores, and celebrates writing from four of Wake Forest’s writing courses.” 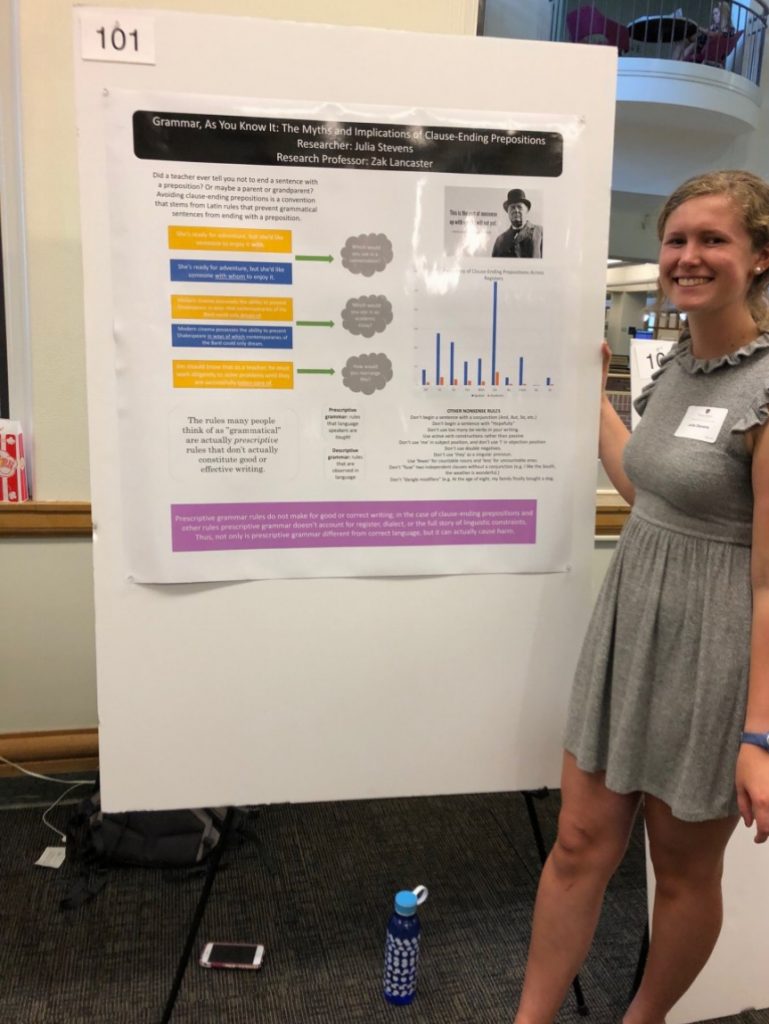 “Grammar, As You Know It: The Myths and Implications of Clause-Ending Prepositions”

“For most, perception of English grammar is tied to academia, and is shaped by myths and rules. … My poster engages with one of these rules, specifically the proscription against clause-ending prepositions, as I attempt to prove that there are examples of these prepositions that are grammatically acceptable even in academic registers.”

“Will and Harold: Shakespeare’s Cymbeline Through the Lens of Improv”

“[Cymbeline] combines plot elements of many of Shakespeare’s earlier plays and unfolds with a wild abandon that is at its best joyful and exhilarating but more often confusing and inaccessible. Fascinated by this dynamic, I spent my summer adapting the play into a performable and accessible piece of theatre, inspired by the styles of repertory Shakespeare festivals and longform improvisation. … My adaptation is entirely Shakespeare’s own text, but is intended to be presented in a simple yet dynamic staging that employs the style and energy of a Harold, a form of longform improv.”