A new monograph by Prof. Herman Rapaport: Derrida on Exile and the Nation 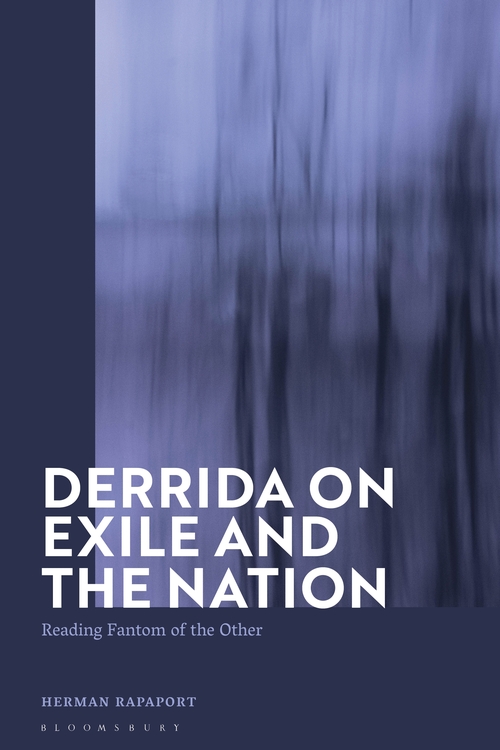 Prof. Herman Rapaport’s new book, Derrida on Exile and the Nation: Reading Fantom of the Other will be available from Bloomsbury Press on December 10, 2020.

More about the text can be found on Bloomsbury’s website.

Providing crucial scholarship on Derrida’s first series of lectures from the Nationality and Philosophical Nationalism cycle, Herman Rapaport brings all 13 parts of the Fantom of the Other series (1984-85) to our critical attention. The series, Rapaport argues, was seminal in laying the foundations for the courses given, and ideas explored, by Derrida over the next twenty years. It is in this vein that the full explication of Derrida’s lectures is done, breathing life into the foundational lecture series which has not yet been published in its entirety in English.

Derrida’s examination of a master signifier of the social relation, Geschlecht, acts as the critical entry point of the series into wide-ranging meditations on the social construction and deconstruction of all possible relations denoted by the core concept, including race, gender, sex, and family. The lecture series’ vast engagement with a range of major thinkers, including philosophers and poets alike – Arendt, Adorno, Heidegger, Wittgenstein, Trakl, and Adonis – tackles core themes and debates about philosophical nationalism. Presenting Derrida’s lectures on the implications of key 20th century philosopher’s understandings of nationalism as they relate to concerns over idiomatic language, notions of race, exile, return, and social relations, adds richly to the literature on Derrida and reveals the potential for further application of his work to current polarising debates between universalism and tribalism.