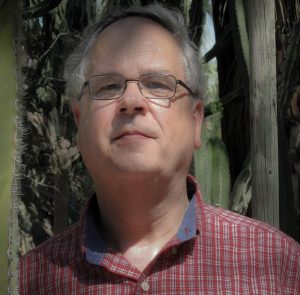 Dr. Rapaport publishes in a number of fields, including psychoanalysis, philosophy, aesthetics, social theory, and literary study. He has been a chair professor of modernism at the University of Southampton in the UK, has held the post of Helen DeRoy Professor of English with specialization in critical theory at Wayne State University, and was chair of comparative literature at the University of Iowa with specializations in German and French literature and culture. He has taught as a visiting professor in the German department at Northwestern University as well as at the Society for Humanities at Cornell University, where he taught in the psychoanalytical field of trauma studies. He was hired at Wake Forest University as a specialist in Early Modern literature with an emphasis on Milton, and currently directs the Program in Medieval and Early Modern Studies.

Currently he is convening a senior seminar course in the writings of South African Nobel Prize winner J.M. Coetzee. He also regularly offers a course on John Milton that covers the whole of Paradise Lost and considers some of the shorter writings. Dr. Rapaport has just finished writing a book on philosophical nationalism in the context of German and Jewish studies. The book focuses on 13 lectures given by French philosopher Jacques Derrida in 1984-85 that considered questions of race, national identity, cosmopolitanism, exile, and return. Previously published books include Milton and the Postmodern (Nebraska, 1983), Heidegger and Derrida (Nebraska, 1989), Between the Sign and the Gaze (Cornell UP, 1993), Is There Truth in Art? (Cornell UP, 1996), The Theory Mess (Columbia UP, 2001), Later Derrida (Routledge, 2004), and The Literary Theory Toolkit (Wiley Blackwell, 2011). Dr. Rapaport is also currently part of a team that is editing a massive anthology of the postcolonial critic Gayatri Chakravorty Spivak’s recent writings. Entitled Spivak Moving, this volume includes introductory essays, headnotes, and a lengthy interview conducted with Spivak in the summer of 2017. The essay “’I Develop a Flame for the Bed’: Walter Benjamin and Hélène Cixous” is shortly to appear in the journal Symploke published by Nebraska University Press. It’s part of a longer project on beds in literature.