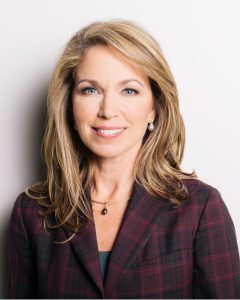 The talk entitled “De-Ciphering American Literature: 1945-1840-2016” links American literature to the information age. Those interested in the digital humanities as well as American literature will find this talk on Poe and Claude Shannon (the ‘father’ of information theory) of special interest. The event will take place on Wednesday, October 5 at 4:30 p.m. in Tribble Hall, C216.

Caroline Levander is the Vice President for Strategic Initiatives and Digital Education at Rice University, where she leads the digital learning and scholarship endeavor, including overseeing all online curricula as well as K-20 digital initiatives.

An award-winning cultural and literary critic, Levander teaches, talks, and writes about American life and culture. Her writing has recently appeared in Slate, The New York Times, and Business Insider, and her latest book, Hotel Life: the Story of a Place Where Anything Can Happen, is about the everyday work of one of the world’s most fascinating and strange institutions. In addition to authoring three books including Where is American Literature? (2013) and co-editing many others such as Hemispheric American Studies (2008) and Companion to American Literary Studies (2011), Levander spends time thinking about the future of higher education. She writes and speaks regularly in venues such as Inside Higher Ed and at international higher education and innovation summits.