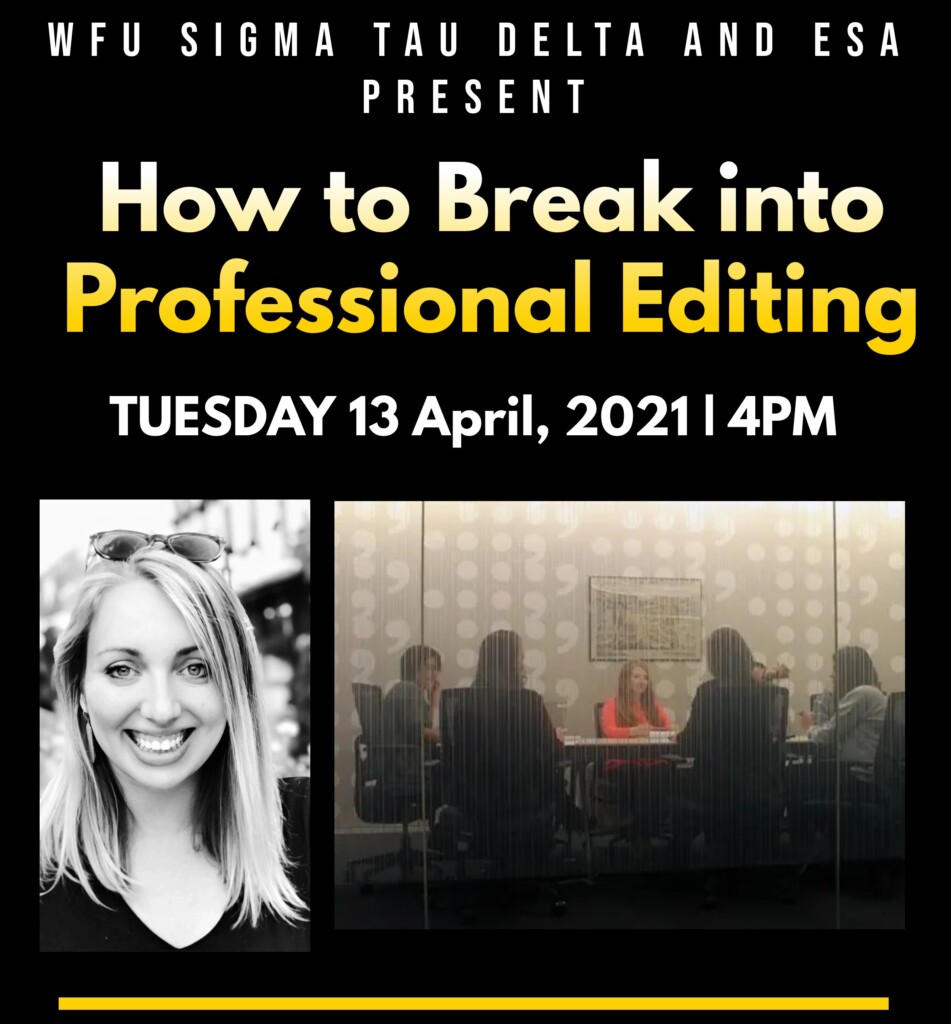 The English Student Association and Sigma Tau Delta invited English alumna Sarah Pirovitz Humphreville ’10 to speak with majors and minors about the world of professional editing on April 13. Humphreville is the trade and academic editor for public health, epidemiology, and science & tech studies at Oxford University Press.

The talk was titled “How to Break into Professional Editing” and was moderated by ESA president Heather McCauley and Sigma Tau Delta President Victoria Rackley. Humphreville described the U.S. publishing industry, defined the actual role that editors play at a university press, and gave tips about possible career paths for students interested in becoming editors. Afterwards, Humphreville spent time answering the students’ questions about her experiences and the field.

Sarah Humphreville graduated from Wake Forest in 2010 with a major in English and minors in classical studies and political science. Upon graduation, she attended the Denver Publishing Institute before landing an internship at OUP, where she has built her career.