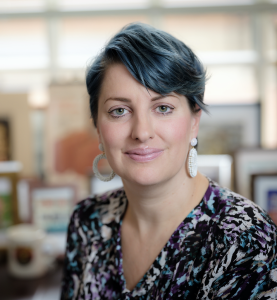 My scholarship centers on militarism, materiality, and masculinity in early modern England. My book Memories of War in Early Modern England was published by Palgrave Macmillan in 2016, and I have written a number of articles and book chapters about objects in Shakespeare’s plays. I also write non-academically. My essays have appeared in The Guardian US, The Paris Review Daily, Guernica, Roads & Kingdoms, The Common, The Brooklyn Quarterly, The Morning News, Curbed, Atlas Obscura, Public Books, and Nowhere, and my book Luggage was published in the Bloomsbury series Object Lessons in March 2018. My humor writing has appeared in venues including McSweeney’s Internet Tendency, The Awl, The Billfold, Avidly, Queen Mob’s Tea House, The Hairpin, The Belladonna, Janice, and The Establishment, and I was a finalist judge for the Royal Nonesuch Humor Writing Contest in 2018, with Michael Ian Black, Hank Herman, and Julie Schumacher. My satirical book Decorating a Room of One’s Own was published by Abrams and was selected as a best book of 2018 by BuzzFeed and Curbed. I teach literature courses and creative nonfiction.

ENG 165 The Hero With a Thousand Faces

ENG 265 Introduction to the Major

ENG 720 Theaters of War: Militarism in Shakespeare and his Contemporaries

“The Armored Body as Trophy: The Problem of the Roman Subject in Shakespeare’s Julius Caesar, Antony and Cleopatra, and Coriolanus,” ARCADE: Literature, the Humanities, & the World: Thing Theory, Stanford University, March 2018

“‘Returned from the Wars’: Comedy and Masculine Post-War Character in Shakespeare’s Much Ado About Nothing,” Upstart: A Journal of English Renaissance Studies, June 2013

“‘Talking’ and Reading Shakespeare: King Henry VIII and the Performance of Self in Jane Austen’s Mansfield Park,” The Wordsworth Circle, vol. 39.1-2, Winter/Spring 2008